Studio sale update and some mutterings

The studio sale will now be on BOTH sat 5th and Sun 6th December.  I had too may people howling in dismay because they were going to miss the sunday for a couple of reasons( best one was the local fishing competition)

I have yet to clean my studio because that would be too smart and frankly, I am too interested in painting right now.

I hit a bit of a block. Not a train-smash, just a meh moment. So, I decided to mix things up a little and do everything I have NOT been doing recently.

I painted small
I painted on canvas
I used a palette knife
I chose subject matter that is NOT my norm
I chose colours that are not on my normal palette.

It worked. I feel a lot better and I love what I made.

In the end, isn't that what it's all about? 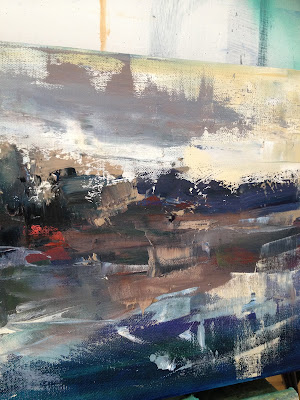 detail of a painting with palette knife 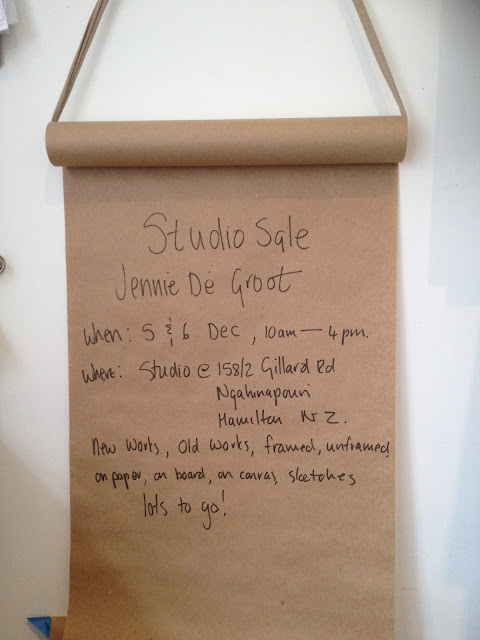 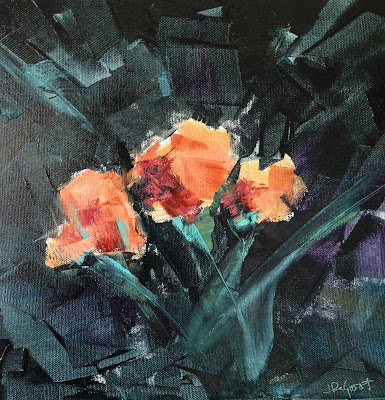 
Posted by the distracted painter at 5:32 PM No comments:

It's time for my annual studio sale. Time to find good homes for many paintings, sketches, framed and unframed works, works on paper, canvas..all sorts.

Come see what my studio looks like and get a glimpse of my working world.

If you want to come but cannot make the date, just leave me a comment and your contact details and we can make a plan for another date.

An few examples of what I have to offer...there are LOTS more! 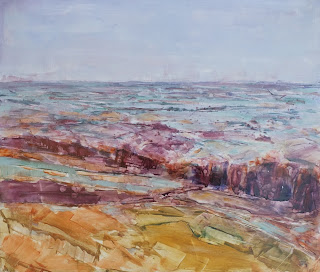 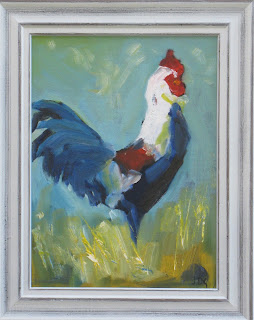 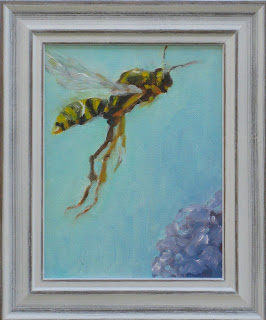 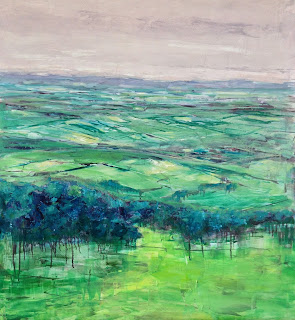 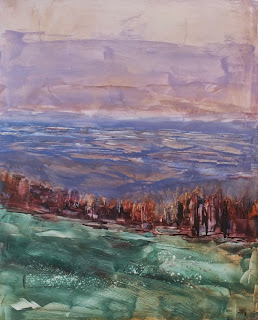 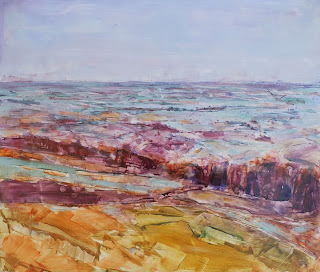 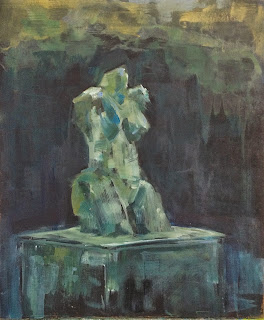 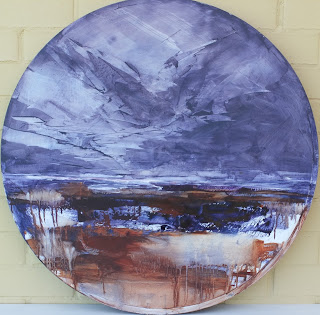 Posted by the distracted painter at 11:01 PM No comments:

I was invited to paint with a myriad of other artists at The Sculpture park , in Tauwhare, last weekend. It was only 3 days after my arrival back from South africa and, as if to ease the transition, it was a scorcher of a weekend with temperatures hitting the high 20's.
The sculpture park is the site of an old quarry and the entire park has been lovingly turned from barren quarry into gorgeous arboretum and is positively littered with sculptures.

The crowning jewel has to be the quarry which has since filled up with water and hosts waterlilies and frogs. I knew I wanted to paint there so I hauled all my gear to the top of the park(huffing and puffing) and spent the days painting on a little state projecting out over the water. It was hot but fabulous. Many people traipsed past, some stopped and chatted, most agreeing that it was, indeed, a fabulous place to be and to paint.

The most magical time was pre-people , around 9 am, when the frog chorus was loud and hearty. 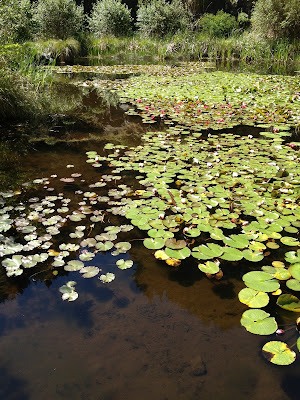 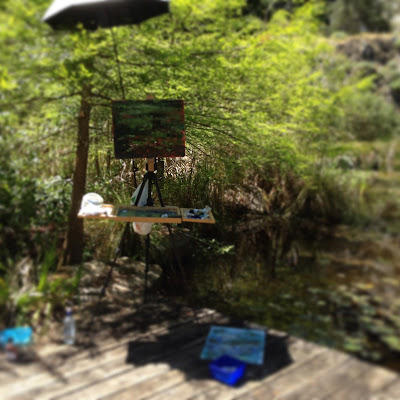 I shall try and post photos of the other paintings once I have found them ......I am having technical issues !( most probably all my own fault!)

Since then I have been on a camp with 20 10/11 year olds and 9 adults who all snored in various degrees ranging from "light drone "to " dear god, is he going to start breathing again soon!!!!!!". The walls of the cabins were thin and my earplugs not dense enough.
It was, however, remote and we were all "unplugged" for a week, which was very good. But I missed my music!


Posted by the distracted painter at 1:20 PM No comments: