Last night saw me attend the award ceremony for the NZPPA (see past post for acronym explaination). It was a marvel I even made it there !A torrential downpour, akin to a monsoon ,turned roads into rivers, carparks into lakes and drivers into homicidal maniacs. Thrilling start to the evening.My shoes were soaked and I walked around, squeaking, all night.

The supreme award went to Rose Meyer. Rose's work has strong conceptual basis, but more than that, it was quite pleasing and those two aspects rarely make good bedfellows in this kind of scenario! In a blind sighting, I had picked her piece titled " Journey: from Pen to Print to Paint, as a contender, so trust me, it was worthy. She was worthy. Her work times time and effort and is beautifully simple and she made a delightful , short acceptance speech. I liked her and so did most everyone.

I have no photo to show you but have a look at her website to get an idea of her work www.rosemeyer.co.nz

I believe only 3 pieces sold at the opening and mine was one of them!

This is where the story begins for me.....
The couple who bought my painting are young and they have just bought their first house. In fact, the deal went unconditional yesterday, so they were out celebrating their status as new homeowners. This couple then bought my work as the first bit of art for their new home. I cannot tell you how much this touched me. Anyone who owns a home knows the trepidation of that first purchase , mortgaging yourself to the hilt and the knowledge that you are now in debt for many years, the belt must tighten. Most people start tightening. This couple bought my painting. A most un-tightening gesture , to be sure.

Success |səkˈsɛs| noun [ mass noun ] 1 the accomplishment of an aim or purpose: the president had some success in restoring confidence.• the attainment of fame, wealth, or social status: the success of his play.• [ count noun ] a person or thing that achieves desired aims or attains fame, wealth, etc.: to judge from league tables, the school is a success | I must make a success ofmy business.2 archaic the good or bad outcome of an undertaking: the good or ill success of their maritime enterprises.
I was looking at the definition of success and the first few lines did not sit well with me. It was the last one (archaic, had to be!) that rang true. "The good or bad outcome of an undertaking. "

I did not win but my painting was loved and loved, in particular, by two people DEEP in the quagmire of fiscal debt, who threw caution to the wind and bought a painting they could probably ill afford but did so anyway.


Also, I only had one glass of wine and didn't have to say "fuck off" to anyone.
Success again.

Ps. Sorry about the swearing 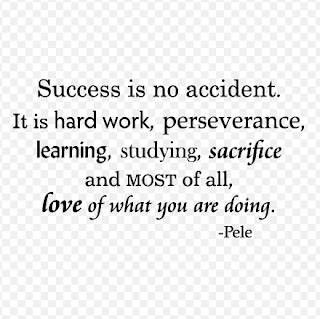 Posted by the distracted painter at 4:59 PM