skite |skʌɪt| informalverb [ no obj. ] 1 Austral./NZ boast: she did it just so that she could skite about it.

I am a finalist in the Molly Morpeth Canaday awards and the New Zealand Painting and Printmaking awards 2017. Two times a finalist!

Seriously skite-worthy, would you not agree?

THIS is the painting I sent to the  Molly Morpeth Canaday Awards. I sent 2 and both got into the second round, but only one made it through to the final round. 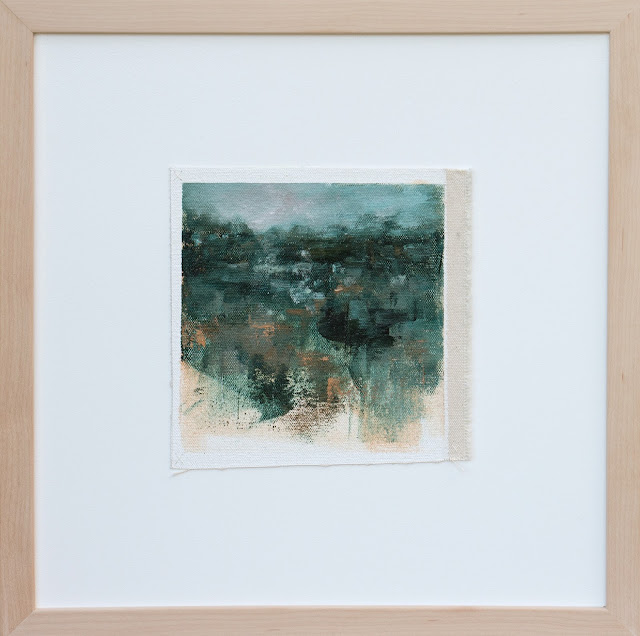 Selvedge is a sewing term. Its the edge of the fabric, created in manufacture, that prevents it from unravelling. In sewing practise, it is used as a reference point and pattern pieces are orientated in relation to the selvedge. It's a big deal. The orientation of the pieces determines how the garment hangs and if it wrong, well, then the whole garment just looks wrong, does not fit as it should and should be relegated to the rag pile ( or so Mrs Revill used to say).

My mother arranged for me to have sewing lessons with Mrs Revill when I was in some lost year at University. I have always liked sewing but I was sloppy about things like using pins, measuring and the importance of getting the basics right.Mrs Revill was the Julia Child of sewing.  It was in these lessons that I understood that the devil's in the details . It was a hard lesson to learn for a sewing slob.

Full circle and the detail of the selvedge became the focus in this painting. I wanted it to be the very thing the entire piece hinged on. I wanted that unpainted canvas selvedge to anchor the quiet little landscape painting and allow the eye to wander all around till it returned, fixed, the the selvedge.

You may just be able to make out the little X sewn onto the corners of the canvas, blocking the tracking of the eye off into the whiteness of beyond, returning it to the painting. That detail was the inspiration of my clever framer, Emily Rumney. SHE has an eye for detail and totally got what I was trying to do here .

So, on show 28 January till 12 March in Whaketane at the Molly Morpeth Canaday Awards, my Selvedge.

Mrs Revill would have hated it!

Posted by the distracted painter at 7:04 PM